This is the third post in a series about sharing information between apps. (Part 1 is here, and part 2 is here.) In this post, we’re going to create a public API that allows other apps to use our app to speak something out loud.

Follow the series on the Table of Contents page.

Back to looking at code! Yay!

We want to provide to other apps the ability to fire an intent at us, with some text, that will cause us to speak out the text passed in.

This example uses the text-to-speech API provided by Android. Since we’re discussing intents, and public app APIs, I’m actually going to skip the implementation of this. It doesn’t have much to do with the rest of the discussion, and actually, the ability to skip these sorts of implementation details is exactly what we’re after. That said, all of the code is on GitHub, if you’re interested. There isn’t a whole lot needed to do this.

Here’s what we will look at, providing a public API, and consuming that API.

On the provider side, it’s very similar to what we have in our BroadcastReceiver example from Part 1. We’ll start with the snip from the AndroidManifest.xml:

This is our BroadcastReceiver.onReceive implementation:

In our Service, we have something like the following:

The above is a slightly modified version of what’s in the project. I skipped how the textToSpeech object gets instantiated.

All we need to do to consume this API is fire off an intent:

The above works from apps other than our demo. This is a public API on the phone. In the example code on GitHub, I actually added the above to a separate app, called “SayLauncher”: 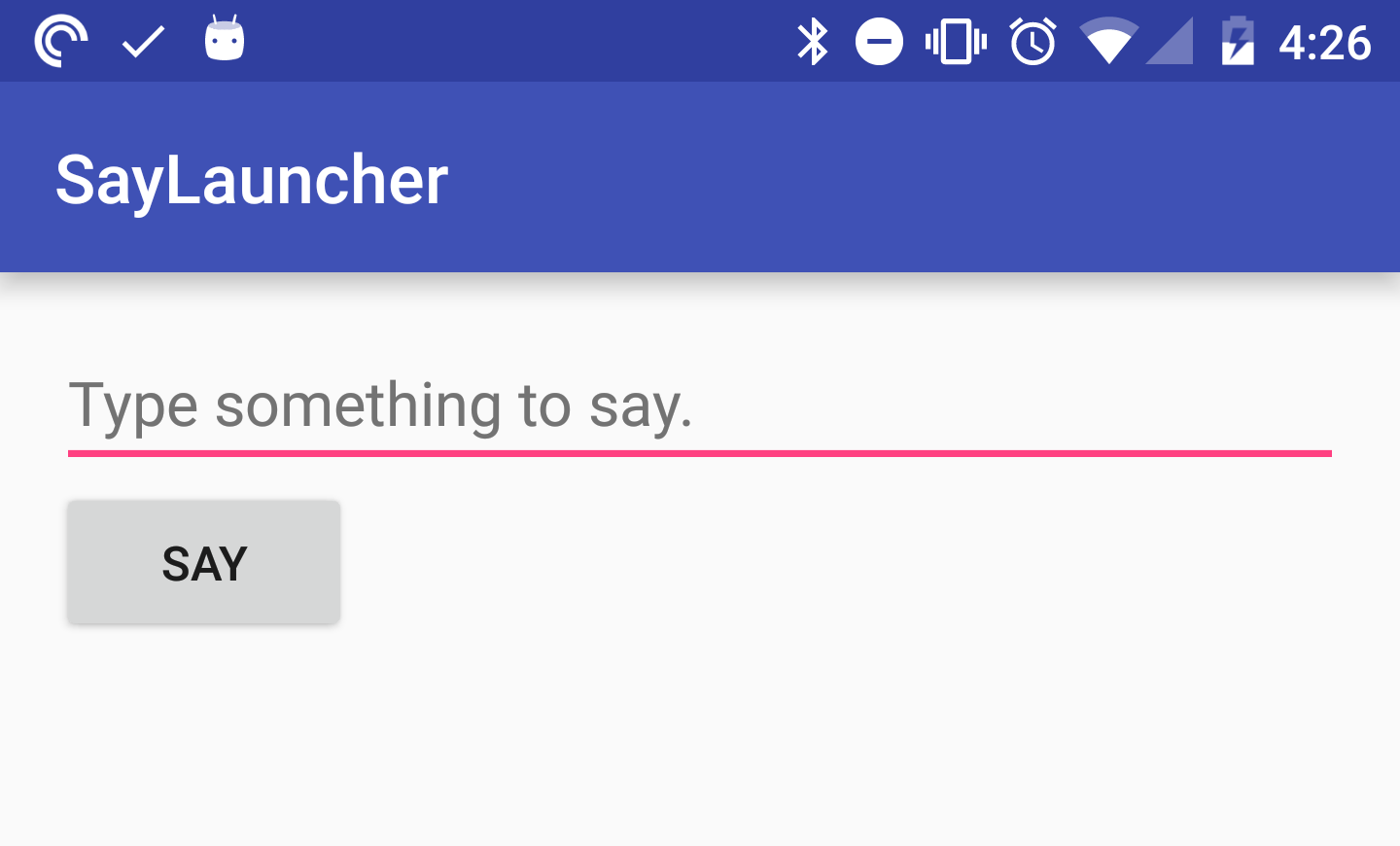 Check out this tag on GitHub!

(Quick side-note here, if you want to check out the repository at this step, first check out the repo, then run the following command: git checkout -b step5 step5. That will get you a branch at the step1 tag.)

Sharing from any app

What we’re doing is a special case of the public APIs discussion, because there’s already a way of doing this that many apps know about, and use. That is generic text sharing. One note here is that text is generally shared to an Activity, but that’s not a big deal for us, we can simply implement a dummy Activity, forward the Intent, then kill the Activity. Let’s take a look.

First, implement the Activity in the AndroidManifest: 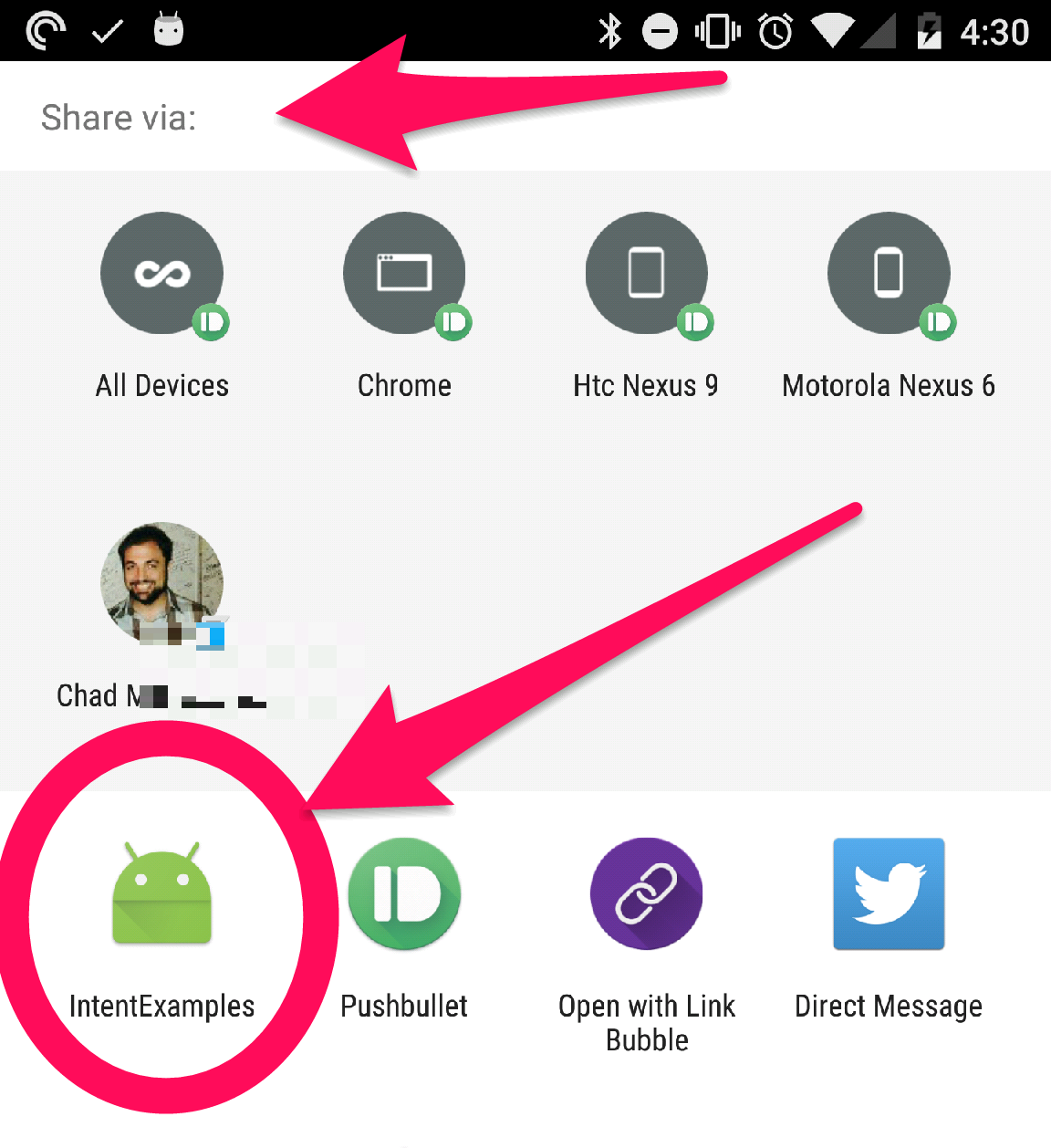 Whenever possible, it’s a good idea to use the popular way of providing APIs to other apps. That way, you don’t need specific implementations, and you can rely on the fact that lots of apps are going to be using these mechanisms. Sometimes, it might make sense to offer two ways of doing something, like we did in this example. That way, if there is an app that wants to integrate directly, because they want exactly the behavior that you provide, then they can do that.

Check out this tag on GitHub! ( git checkout -b step6 step6 )

We got a lot done here today. First, we finally got around to discussing why we’re bothering with this whole exercise. We discussed a real-world example of how this sort of thing is helpful to all parties, users, API providers, and API consumers. Then, we went through a concrete example and demonstrated a fun way to both produce and consume a public API on the phone.

Next time, we’ll start thinking of some other applications for APIs on the phone, and we’ll pick out another example to work through.